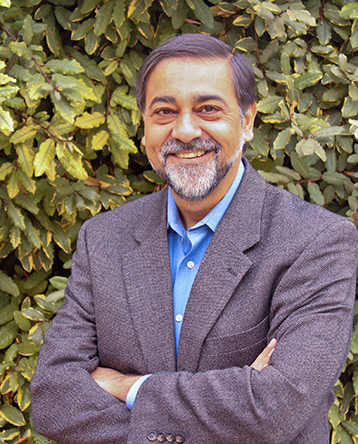 Vivek Wadhwa teaches at CMU Silicon Valley as a distinguished fellow and adjunct professor. Wadhwa is a Fellow at the Arthur & Toni Rembe Rock Center for Corporate Governance, Stanford University; director of Research at the Center for Entrepreneurship and Research Commercialization at the Pratt School of Engineering, Duke University; and faculty and advisor at Singularity University. He is author of "The Immigrant Exodus: Why America Is Losing the Global Race to Capture Entrepreneurial Talent", which was named by The Economist as a Book of the Year of 2012, and of "Innovating Women: The Changing Face of Technology", which documents the struggles and triumphs of women.

Wadhwa researches exponentially-growing technologies that are soon going to change our world. These advances – in fields such as robotics, Artificial Intelligence, computing, synthetic biology, 3D printing, medicine, and nanomaterials – are making it possible for small teams to do what was once possible only for governments and large corporations to do: solve the grand challenges in education, water, food, shelter, health, and security. They will also disrupt industries and companies which can understand and lead the disruption will be tomorrow’s leaders.

In 2012, the U.S. Government awarded Wadhwa distinguished recognition as an "Outstanding American by Choice," for his "commitment to this country and to the common civic values that unite us as Americans." In September 2015, he was second on a list of "ten men worth emulating" in The Financial Times; in June 2013, he was on TIME magazine’s list of "Tech 40," one of forty of the most influential minds in tech; and in 2012 he was named one of the world’s "Top 100 Global Thinkers" by Foreign Policy magazine.

Wadhwa lectures on subjects such as entrepreneurship and public policy; helps prepare students for the real world; and leads groundbreaking research projects. He is an advisor to several governments; mentors entrepreneurs; and is a regular columnist for The Washington Post, and a contributor to TechCrunch, LinkedIn Influencers blog, and the American Society of Engineering Education’s Prism magazine. Prior to joining academia in 2005, he founded two software companies.

In an opinion piece for MarketWatch, CMU-SV’s Vivek Wadhwa writes about his personal experiences learning work-life balance the hard way. “I became an academic so that I could share my knowledge and experience with students,” he writes.

Wadhwa interviewed on the next technology innovations

In a phone interview with Bloomberg, CMU-SV Distinguished Fellow Vivek Wadhwa discussed upcoming innovations in technology and where these innovations might come from.

In a story in The New York Times Magazine the iii's Vivek Wadhwa suggested that, in the future, robots may help provide much of the care and assistance elderly individuals need.

CMU-SV’s Vivek Wadhwa has been named as a recipient of Silicon Valley Forum’s 2018 Visionary Award.

Sights set on the future

Vivek Wadhwa has been named one of four recipients of the Silicon Valley Forum’s 2018 Visionary Awards.

Wadhwa is optimistic about Tesla’s future

In an article for The Washington Post, CMU-SV’s Vivek Wadhwa says that Tesla is starting to emerge as a lead player in the energy industry and sharing economy.

CMU-SV Professor Vivek Wadhwa wrote an article in VentureBeat about the need for stricter regulations regarding consumer privacy on smart devices. Commenting on a recent security breach by Vizio on 11 million of its customers, Wadhwa proposes equipment certification via private-public partnerships as a possible solution.

Wadhwa in The Economic Times on India's digital infrastructure

CMU-SV’s Vivek Wadhwa recently published an article in VentureBeat on transportation of the future.